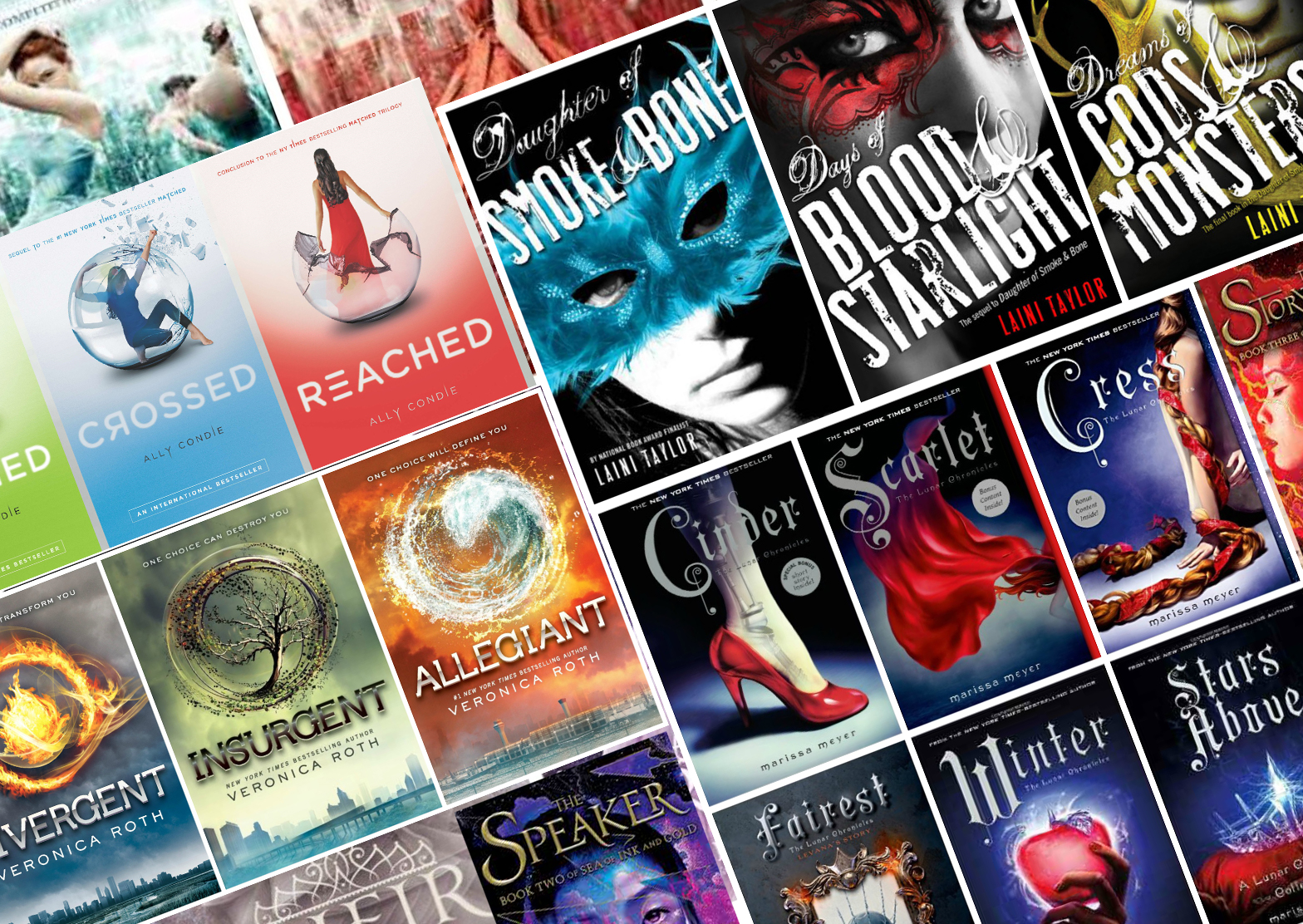 These days when I pick up a new book, that inevitable ending will pop up leading me to smack myself in the head. Of course they left it on a cliffhanger! It’s the first book in the series, no wonder nothing was wrapping up and characters were still in flux. It would be too easy to expect the author to edit and craft an ending that took on the challenge of existing in only one book.

I do miss the days when characters and plots delved deeply and wound their way into an ending that embraced the journeys the characters had embarked upon on the first page. That feeling when you closed the cover of the book and let out a satisfied sigh that you had just returned from a long voyage and waved goodbye to good friends—I miss that. So many of the books now have settled into the comfort of knowing that this is just the first of a long path, that this is only the beginning, so don’t worry about the complex layers of conflict and resolution or character development. You have two more books where that is all going to take care of itself! All your questions will be answered, just buy two more books.

Now in the hands of a careful author and editor, the series approach to a story and world can be epic and wonderful. The first five books of the Harry Potter series did alright. The last few books really did need some more editing and tightening, but by that point Rowling could do whatever she wanted. High Fantasy series can also use the length of a trilogy or series to really build a whole universe of peoples and cultures. But for the YA genre, the trilogy has become a normalized expectation for a hit in the making, whether or not it really needed it or not. I cannot begin to count how many times I have loved the first book in a trilogy only to feel duped into buying the second and third book of the series. The Divergent series is a prime example of an unnecessary trilogy. The second and third books failed to make any sense and rather ruined the strong characters and conflicts developed in the first book. I wish I had never read the rest of the trilogy and had just left Four and Tris to live on in my imagination battling conformity and carving out a new reality for themselves.

I did recently finish two trilogies this week, Arc of the Scythe series by Neal Shusterman and The Folk of the Air series by Holly Black. I had been looking forward to both of these series to finish and had been staggering my reading of the previous books just so that I could maintain the momentum of the mood set by these two very different worlds. For both of these series, the first two books of the series had me gasping aloud at the end and ready to throw the book against the wall for all the cliffhangers they delivered. They both had moments of cruelty and cuts to the quick about how unfair life can be for young people, that no matter what parents say of their children being special, that life doesn’t always work that way. The need to adapt and survive is a theme that runs through both of these series.

For YA books, these two series did a great job of balancing action and romantic entanglements well. Without giving too many spoilers, the two protagonists of these two trilogies are young women who are fated to have everything in their lives upended with very little to help them figure out how to turn it all back rightside up. And if anything, the more they struggle the worse it gets for them until they let go and find a different way to tackle the problems in their lives. For Citra, it’s in a world where no one can really die, so she has to fight to become a Scythe, a person who is granted the responsibility to glean the population down for the sake of the larger society. For Jude, it’s the world of the Fey and their inhuman relationships and social rules that dictate her human life choices. They are both strong young women who don’t deny their emotional desires, but they don’t let them rule their need to fight for what they believe in. They are both refreshingly practical and fearsome warriors.

The problem with the trilogy is that it sometimes give the author the illusion of time. Of course there is time to introduce an entirely new subplot and philosophical argument. Of course there is time to introduce 20 new characters and have them all fit together in the end because this world can contain them. Well, not really in the case of The Toll, the last in the Arc of the Scythe series. This book felt bloated and slapdash. A large pool of ideas and characters that all piled up over each other until the plot lines were tangled and lost completely. The ending of Citra’s story had no real internal conflicts in her own growth as a person, nor did it give space for reflection about her journey in a world run by an AI overlord. It just ended abruptly, shipped away as cargo on a ship, flotsam and jetsam of a wreck that had to fish itself out of a giant sea of half baked ideas. It was so frustrating to see her go from this young fighter protégé to a useless shell of a human who had to be revived elsewhere. Where was her agency? Where was her power? The story was no longer about her. It had devolved into an existential argument about self preservation and AI intellectual evolution.

Now when an author understands her main character and their desires and motivations, a trilogy can simply give them more ground to stretch and enrich the environment. The Folk of the Air series did not have fastasmical and deep world building, nor did it challenge me with anything really new in its writing style. But what Holly Black did do well was let her characters drive the plot. She let their internal struggles and alliances test themselves in an alien environment and simply let the characters show us what they wanted to do. Black allowed it to be simple and clear, but with rich inner lives of characterization that the reader is never bored with finding out more about each of them. Jude is the main protagonist, but over the course of the three books, her sister Taryn and Vivienne have time to show their hidden layers of contradictions. The trilogy format works here because it gave space for diversity in character development and change without letting go of the main plotline. Jude wants control of her life as a human at odds with the more powerful Fey world. She will do anything to get it. And that is still the case at the end of the Queen of Nothing. Jude is tested, has to reflect, needs to stop second guessing herself, and ultimately recognizes herself for who she is now. It’s a satisfying ending because although it is bittersweet, her journey is driven by her character and there is nothing extraneous left over to confuse the reader. There is still space for more adventures, but when you close the cover of that book, you can let out a sigh of satisfaction that you have seen a good friend grow and learn and fight for the space to live.

What could be more real to YA book lovers than that?